Serving The Needs of America's Military Families with Young Children

Throughout the world today, families with young children face many different challenges. Within the United States, many of these difficulties involve military deployment. Through the "Military Deployment Initiative®," World Class Coaches® and The Trevor Romain Company Alliance are taking steps throughout the world to assist families with young children in dealing with the challenges they face in this sector of society.

Deployment is difficult for any family, especially families with young children. When deployed, it's not usual for children's parents to be away from home for an extended period of time serving our country. As part of the Military Deployment Initiative® , The Trevor Romain Company has partnered with the USO to assist these families in dealing with the difficulties they face during this challenging time in their lives. The Trevor Romain Foundation has provided over 60,000 deployment kits distributed through both the Department of Defense and the USO as part of this Initiative. The Department of Defense provides grief comfort kits produced by The Trevor Romain Company through their online site to military families, and the USO provides these kits to families in need at military bases around the world during dignified transfers.

The USO partnership calls for The Trevor Romain Company and Trevor Romain himself, the lead talent in the Alliance Products, to spend 2012 touring military bases around the world. He is expected to see approximately 50,000 elementary aged students during the tour. Each student will receive a set of the Trevor Romain Company's DVDs. The Trevor Romain Foundation will distribute over 50,000 deployment kits through the Department of Defense and the USO in 2012. The tour will include speaking directly to children of wounded soldiers. For more information visit us online trevorromain.com. 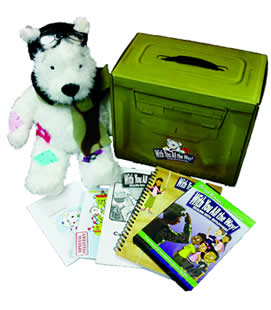 With You All the Way 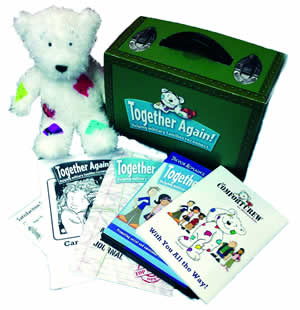